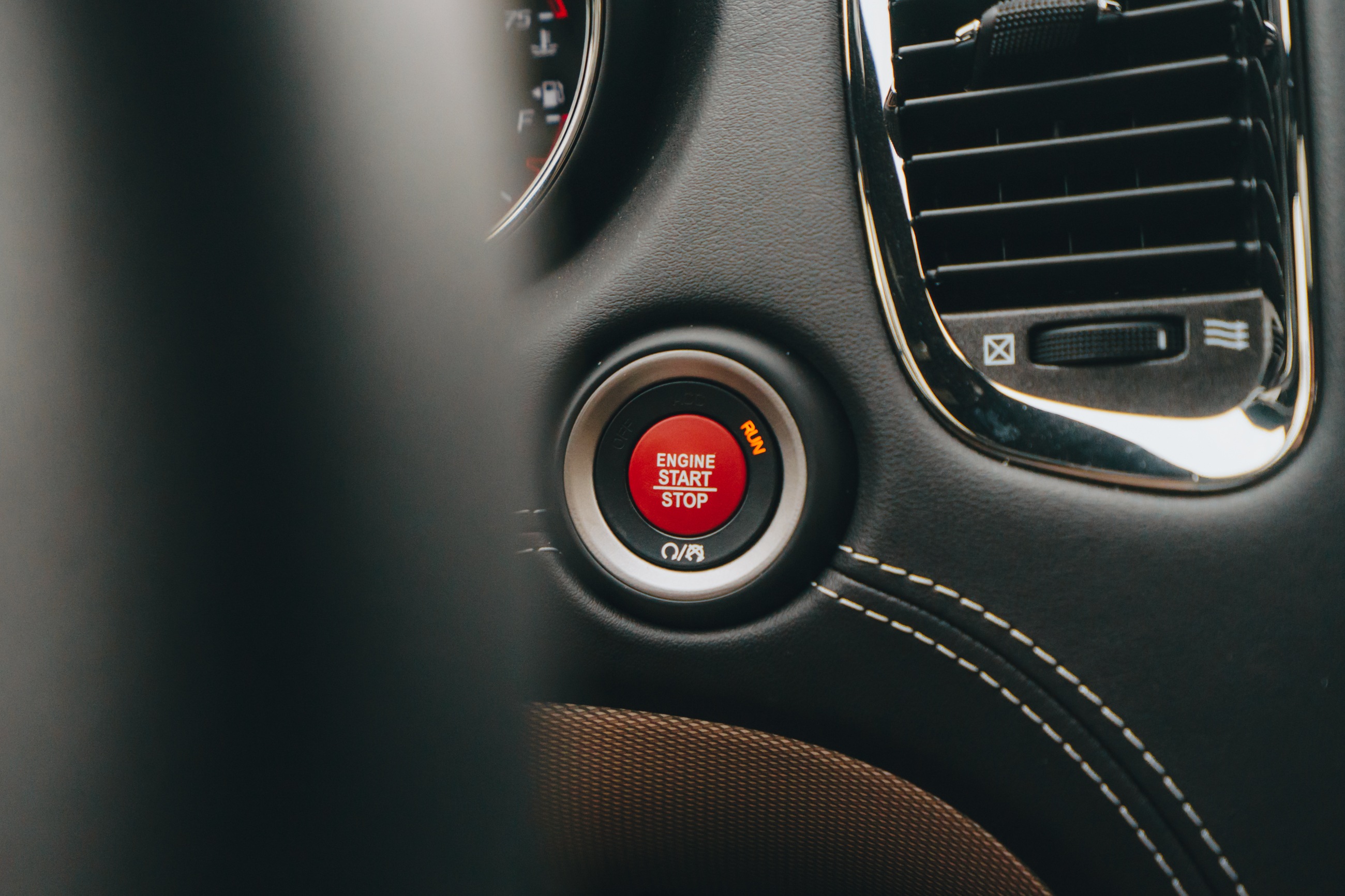 Self Driving Cars – The Future is Now!

It’s not science fiction anymore—the age of self-driving vehicles is imminent. There’s no question that self-driving cars are already starting to revolutionize the automobile industry. They are being manufactured and tested internationally. Exciting times lie ahead, but the road to fully autonomous vehicles has some speed bumps to overcome.

The sooner self-driving technology evolves, the sooner we’ll be able to relax behind the wheel while our vehicle takes us where we want to go. Artificial intelligence (AI) is a game-changer that will transform the way we get from A to B.

Some governments are already starting to prepare for the future. In 2017, the British government announced that they plan on having fully autonomous vehicles on the roads by 2021.

Ford Motor Company also stated that it aims to start mass production of driverless vehicles by 2021. Other tech and motor companies like Tesla, Uber, BMW, Toyota, GM, Volvo, and Nissan are all part of the race to see fully driverless vehicles on the road in just a few short years from now.

According to the major auto manufacturers mentioned above, in a few years, human driving will only be found in history books.

You might be curious to know where Canada stands in all of this?

This article explores all you need to know about autonomous vehicles and how they could impact the future of Canada’s automotive industry and society at large.

How Do Self-Driving Cars Work?

The Internet of Things (IoT) refers to a system of interrelated computing devices that can exchange information with each other. This network is vast and includes all sorts of electronics from smartphones and tablets to lamps and coffee makers. IoT also applies to the components of a machine, and it explains how self-driving technology has progressed in leaps and bounds.

In an autonomous vehicle, several systems work together and communicate with each other.

GPS isn’t precise enough. To localize itself, an autonomous car uses much more sophisticated algorithms and high-definition maps to measure its distance from various landmarks such as street lights or mailboxes.

A central computer then uses all of the collected data from sensors, cameras, and maps to control the car and manoeuvre it from point A to point B.

You might be surprised to know that a lot of vehicles designed and manufactured today are already equipped with semi-autonomous features. Many advanced driver assistance systems today help us keep our distance from other cars on the road, adjust cruise control, park better, and brake automatically.

Autonomous technology is starting to reveal itself little by little, and it won’t be long before fully driverless vehicles become a part of everyday life. Let’s take a look at the benefits this technology can offer when it’s fully developed and embedded in our society.

There’s been a great debate on whether autonomous cars can live up to high safety standards. However, considering Transport Canada and the Canadian Council of Motor Transport Administrators (CCMTA) created the Testing Highly Automated Vehicles in Canada: Guidelines for Trial Organizations, there’s no doubt that Canada is taking all necessary precautions as it prepares to reap the benefits of a driverless vehicle society.

The following points are just a few of the benefits fully autonomous vehicles offer:

Fewer Road Accidents: In 2016, the Canadian Motor Vehicle Traffic Collision Statistics states that 906 drivers, 207 motorcyclists, 358 passengers, 334 pedestrians, and 42 bicyclists were involved in driving fatalities. In 2017, the total number of motor vehicle-related fatalities in Canada was 1,841.

Lower Traffic Congestion: When you’re on the road, getting too close to the vehicle in front of you may make you want to slow down a bit. Tapping on your brakes may seem fairly innocuous, but it can cause a “phantom” traffic jam. Phantom traffic jams are so-called because they seem to occur out of nowhere. Tapping on your brakes can cause a chain reaction where all of the drivers behind you brake as well. This shock wave can travel backwards for kilometres and make the entire flow of vehicles grind to a halt.

Thanks to artificial intelligence, self-driving cars can help prevent these frustrating delays. In a connected world, cars can communicate their speed, position, and direction with each other. This means an autonomous vehicle will never get too close to another vehicle and need to suddenly slow down.

And with an advanced notification that a car far ahead is slowing down, an AI-enabled car can start slowing down more gently. This gentle slowing down is crucial as it disrupts the ripple effect of the abrupt stopping that eventually leads to gridlock.

Less Fuel Consumption: Hard braking and stop-and-go driving are proven ways to drain your fuel tank. The software in fully autonomous vehicles includes a communication system that would ensure all cars know the position and speed of other cars on the road. If one vehicle slows down, it would signal to other autonomous vehicles to slow down, which would eliminate hard braking and reduce the impact that sudden acceleration and deceleration have on fuel consumption.

Additionally, we discussed how driverless vehicles could reduce traffic congestion. The smoother flow of traffic will save billions of gallons of fuel annually.

The Power of Self-Parking: Parking can be the most stressful part of driving. But in the future, driverless vehicles will be able to drop you off at the front door of your destination, park themselves, and pick you up when you call them. Since you won’t be required to walk to the parking spot, driverless vehicles will be able to park far away until you’re ready to be collected. Imagine: malls and shopping centres that don’t require large parking lots to keep everyone’s vehicle within walking distance!

Transport for the Young, Disabled, and Elderly: Disabled individuals, seniors, and children will find it easier to travel thanks to driverless vehicles. Autonomous vehicles can be programmed to safely pick a person up from a specific place, drive them to a location, and park until they’re ready to leave.

The Problems with Self-Driving Vehicles

Although there are semi-autonomous features that exist in some cars today, there’s still a way to go before our cities become fully driverless. Trying to program a moving vessel with all the necessary algorithms and technologies to drive safely is not an easy task.

In March 2018, a self-driving vehicle manufactured by Uber fatally struck a pedestrian in Arizona. This accident made many people question the safety of driverless vehicles.

Fully autonomous vehicles are prone to misreading bumps in the road, struggle operating under certain weather conditions, and have trouble understanding their relationship with bicyclists and pedestrians.

Self-driving vehicles have not yet established strong intercommunication with other vehicles or have figured out how to transmit information in areas with poor reception.

Another problem is privacy and data security. Driverless vehicles work by sharing information with servers and other vehicles. The security of our personal information is at threat, and our AI-enabled cars are vulnerable to hacking by cybercriminals.

Although intended for the masses, fully autonomous vehicles could add at least $100,000 to the overall price tag. Considering the average salary for a Canadian is well below this figure, driverless vehicles will be reserved for the wealthier strata of our society—at least at first.

Manufacturers will eventually figure out how to design affordable autonomous systems that appeal to all types of Canadian consumers.

Trust is another issue to overcome. Often, a person will trust another human to drive before they trust a robot or algorithm. It’ll take some time to win everybody over, and some people may never subscribe to this new wave of self-driving.

Autonomous Vehicles and the Government of Canada

Automakers, auto part manufacturers, and tech companies all play a vital role in the future of Canada’s autonomous vehicle industry. However, the Government of Canada will always have the final say on what is legal and what is not when it comes to driverless vehicles on Canadian roads.

The Canadian government is aware of the current problems that autonomous vehicles are facing, and the federal government is responsible for establishing national policy and regulations to ensure safety standards and emission requirements are met.

Provincial and territorial governments cover driving licenses, vehicle registration, insurance, rules of the road, and changes to infrastructure in accordance with the federal government’s safety requirements.

The Impact on Canadian Businesses

There’s no doubt that technology is shifting the way Canadians work. Once fully autonomous cars take over the roads, bus drivers, taxi drivers, and delivery jobs will be impacted. Driverless vehicles may improve the efficiency of these jobs while boosting productivity and economic growth, but the fear is that a lot of human drivers will lose their jobs to AI.

In Autonomous Vehicles and the Future of Work in Canada, research by the Information and Communications Technology Council (ICTC) found that driverless vehicles in Canada will, “reshape public policy considerations and decisions,” and “reach topics like job creation, skill development, and training initiatives, to city infrastructure demand, cybersecurity, and even future legislative changes, AVs [autonomous vehicles] are revamping, reshaping, and redesigning societal needs.”

While jobs may be lost in the short term, these losses won’t happen overnight. And new jobs will be created as the demand for engineers, technicians, software developers, and designers to help build and maintain driverless vehicles grow.

Automakers with Self-Driving Vehicles in Canada

Many automakers, including Tesla, Google, and Audi are in a race to mass produce fully driverless vehicles and roll them out on Canadian roads. Canada wants to keep up with these big players. The University of Waterloo, the Erwin Hymer Group, and Blackberry QNX collaborated to launch a pilot project that tests driverless vehicles on Ontario roads.

Ontario is investing $2.95 million over the next decade to help support Canadians who want to innovate and create in the autonomous driving space. Transport Canada and the Government believe the technology behind driverless vehicles is growing rapidly and Canada needs to catch up. In 2016, a part of Canada’s federal budget was allocated towards Transport Canada. Their goal: To develop standards and regulations for autonomous vehicles.

In order for fully autonomous vehicles to be accepted nationally, they need to be embedded with software that can reliably sense and maintain a relationship with pedestrians and other motorists. Driverless vehicles must be able to predict the unpredictable. Besides communicating their position and trajectory with each other, self-driving cars must be ready to react to the sudden actions of walkers, joggers, bicyclists, and manned vehicles.