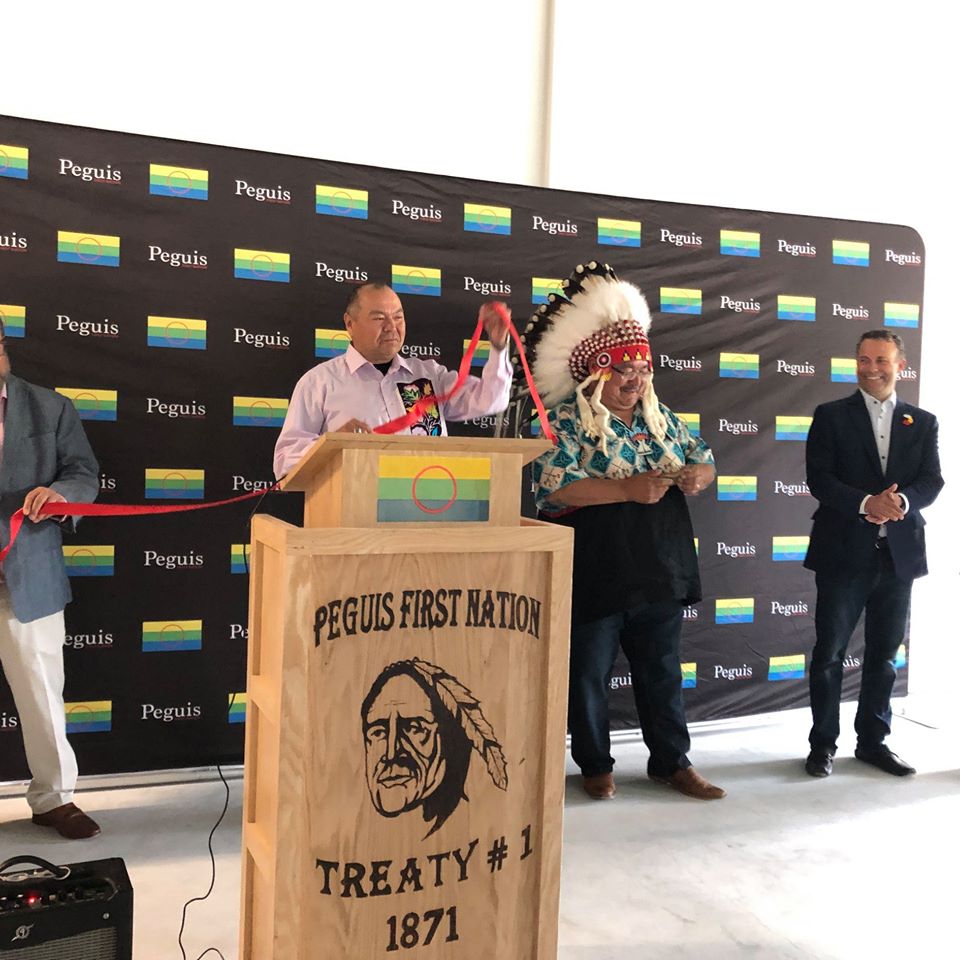 A new Winnipeg pharmacy and clinic will provide medicine to the public and jobs to members of Peguis First Nation.

The Clinic Network pharmacy and clinic opened Monday at 1065 Portage Ave., a strip mall on Peguis First Nation’s urban reserve. The medical spots share the mall’s bottom floor with cannabis store Flint & Embers, which opened on May 20, and The Tobacco Store, which opened in January.

The three businesses will generate around 50 jobs and another 20 auxiliary jobs in areas like marketing and printing, Peguis First Nation Chief Glenn Hudson said.

Sayed Sayed is the pharmacy’s operation manager. He’s one of four pharmaceutical staff. The pharmacy’s shelves are empty now; staff are waiting for the College of Pharmacists of Manitoba to give a final inspection this week before they can start stocking up. They’ll hire more people when they get their licence from the College. The first people they’ll look to hire will be Peguis First Nation members.

“It’s an exciting time for Peguis and what they’re accomplishing,” said Elma Mercredi, the building’s property manager. “They’re bringing jobs to their community members and showing other communities that with hard work and dedication, we can be self-sufficient.”

The doctor’s clinic has six staff and will hire more, Mercredi said. She said The Tobacco Store has six staff, and Flint & Embers has five. The cannabis retailer plans on hiring more people — starting internally with the Peguis First Nation community — in the summer and fall, said manager Paul Friesen.

“It’s been a long time coming,” Hudson said. “It’s all Peguis money. We’re contributing to society in general in the city of Winnipeg, so it’s a good thing in terms of our relationships and our going forward.”

Neither the federal nor the provincial government provided funding for 1065 Portage Ave., Hudson said. He said Peguis First Nation spent $15 million on the building and the businesses inside. The band has stakes in the businesses.

Peguis First Nation bought the land in 2004. It started construction on 1065 Portage Ave. in 2018. Now, the second floor is open for leasing, and there are companies considering renting the space.

“We don’t need the handouts, we don’t need things that people… the stereotypes that are out there,” Hudson said. “What we need is the opportunity to do things for ourselves, and that’s what we’re creating here.”

“There’s a lot back home, but knowing that there’s actually things like this happening here, it’s good to see,” she said.